Are You Sitting Down?

A new study reveals that sitting in a chair can actually increase a person’s risk of dying. While previous studies have linked sedentary behavior with chronic diseases such as heart disease, breast and colon cancers, diabetes, osteoporosis, and anxiety/depression, researchers from the American Cancer Society recently focused on the activity of sitting. They found that, over a 14-year period, women who sat six (or more) hours per day had a 37% increased risk of dying compared with women who sat three hours or less. One explanation is that prolonged sitting relaxes the largest muscles, and muscle contraction is needed to increase glucose uptake and stimulate the release of an enzyme (lipoprotein lipase) that metabolizes triglycerides and manufactures HDL (“good” cholesterol). P.S. The adverse effects associated with prolonged sitting even apply to “active couch potato” types, those who exercise regularly but still sit for hours at a time. Visit Schroeder Family Wellness Clinic today for help.

Are You in Pain?

A recent survey indicates that more than 76 million Americans live with daily pain. Fully 48% of the survey respondents didn’t feel that proper treatment could ease their chronic pain, and 41% believed that pain is to be regarded as a normal part of aging. Moreover, 36% of the respondents would refuse doctor-recommended or physician-prescribed pain medication due to the fear of becoming addicted. Thirty-four percent said that they believe that pain medications cause side effects worse than the pain for which it is prescribed. For their parts, chiropractors can speak to the concerns of chronic pain sufferers by reiterating that chiropractic offers a drugless, natural treatment for pain relief that directly addresses the causes (not the symptoms) of pain. P.S. The survey mentioned above noted that 31% of respondents would not speak to doctors about their pain because they fear they could not afford treatment.

The Way the Ball Bounces?

A disturbing trend is developing among young basketball players. According to government data collected from a national sample of U.S. hospitals, nearly 400,000 U.S. children and teens visit emergency rooms annually for basketball-related injuries. Equally alarming is that the number of hoop-related concussions and brain injuries is rising. While traumatic brain injuries (including concussions and skull fractures) account for less than three percent of all children’s and teens’ basketball-related injuries, their incidence has nearly doubled during the recent ten-year period. Although no one is quite sure why there has been such an increase (other than raising awareness and diagnosis of concussions), parents, coaches, and kids should be aware of the potential to suffer such injuries on a basketball court. P.S. The brain lies at the center of the nervous system that coordinates action and transmits signals to different parts of the body.

Headaches Stemming From The Neck

The term “cerviogenic headache” refers to headaches with pain that originates in the cervical spine, neck, and upper shoulders. In a large number of cases, headaches with these origins result from whiplash or neck injury, or muscle trauma that is due to prolonged poor posture or severe stress. Once this condition is properly diagnosed, there is research to show that chiropractic treatment may help relieve the pain. According to one study that compared spinal manipulation with light massage, the former was more effective than the latter in relieving cerviogenic headaches. With this study in mind, patients experiencing chronic headaches may want to consider a visit to the chiropractor for proper diagnosis and treatment. P.S. There are over 20 muscles in the neck that can refer pain to the head.

The last thing many people with back pain want to do is move. However, without movement, circulation slows, muscles tighten, and pain-inducing chemicals continue to collect in muscles. Even though sudden movements may cause muscles to spasm and pain to heighten, people with “garden-variety” back pain are encouraged to find movements they can perform without pain. Motions that do not cause pain will probably help. In an effort to expand the number of movements that back-pain sufferers may be able to conduct without experiencing pain, the chiropractor can provide in-office treatments that extend joints’ range of motion and release the grip that tightened muscles have on the body structure. Over time, it is possible to get moving again without motion-inhibiting pain. P.S. Instead of “playing through pain,” patients are strongly encouraged to pay close attention to pain as a signal from the body to stop performing the activity causing the pain.

Getting Adjusted to Working Overtime

Working long hours places a great deal of stress on the body. Pain in the neck, shoulders, wrists, and other parts of the body caused by repetitive stress or overuse syndrome may be addressed with some adjustments in the workplace and the chiropractor’s office. To begin with, a fit body is better able to withstand repetitive stresses. So, it pays to get in shape and maintain at least a modicum of fitness. Beyond that, the key to avoiding repetitive stress problems is to undertake ergonomic evaluations of the workplace and make sure that the equipment allows for changes in posture and position. Chiropractic adjustments can also help rebalance a body stressed by poor posture and repetitive movements. P.S. When sitting, be sure to maintain the curvature of the lumbar (lower) spine and keep the knees level with (or lower than) the hips. 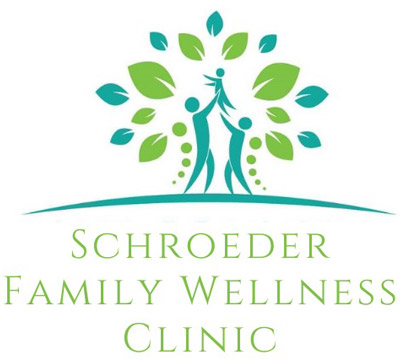